Over the summer, I ordered a book entitled, “The Failure Book” by Chad Lilly and  Karen Lilly. It is an interesting collection of famous and successful humans who have taken the word perseverance to a higher level. I hope some of these interesting details  show up around your dinner/breakfast table discussions  and give everyone listening the boost to continue on.

I felt ugly compared to other girls.

My dream to be a ballerina was shattered when I wasn’t  chosen to go on tour with my dance company.

I was turned down for my first Hollywood movie role.

I starred in a movie that critics described as “witless,  contrived, and pointless.”

I lost the role of Cleopatra to another actress, who was  paid $1 million, an unprecedented amount of money for a  female actress.

I was told by a producer that I was too fat to be in his  show.

I am Audrey Hepburn.

“For beautiful eyes, look for the good in others; for  beautiful lips, speak only words of kindness.”

I dropped out of college.

My first movie had disappointing ticket sales. I was rejected by two film schools.

Professionals in the movie business told me that my work  wasn’t worth watching.

My actors threatened to go on strike because my movie  took too long to make.

Even after I spent $700,000 to design an alien character for  one of my movies, it still failed to look the way I needed it  to.

I am Steven Spielberg.

“Failure is inevitable, success is elusive.” 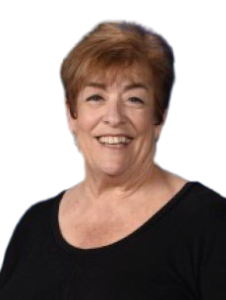 Tu BiShvat, the New Year for Trees! A time to plant and eat  the fruits associated with the land of Israel. Oranges, figs,  dates, pomegranates, almonds, and olives are served as a  reminder of the connection between us and Israel. It will  also be the time to plant parsley for the Passover Seder!  We have a big surprise for our students for Tu BiShvat! It  involves teachers, seeds, dirt and a visit! Hmmm….what  could it be?